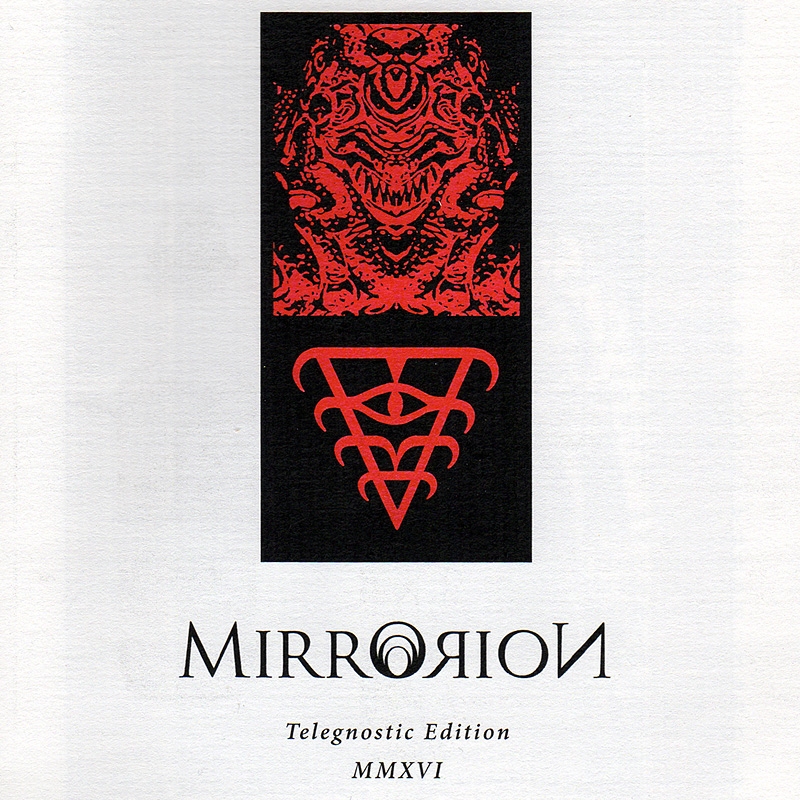 After a long period of unavailability we are proud to release the debut album of Arktau Eos ‘Mirrorion – Telegnostic Edition’ through our Stellar Mansion series.

After a long period of unavailability we are proud to release the debut album of Arktau Eos ‘Mirrorion – Telegnostic Edition’ through our Stellar Mansion series.

Presented in seventeen chapters that can be approached as singular gateways or a slowly unfolding journey of epic proportions, the debut album of Arktau Eos is a challenging, complex work. Born of intense private musico-magical sessions held in places abandoned by man and further refined in the temple-laboratory of the duo, it is the distillation of seven arduous months of work.

As the title suggests, ‘Mirrorion’ is the music of stellar light thrown down from the Heaven’s zenith and its eldritch reflections in the depths below, uniting atavistic elemental noise with serene passages of crystalline, spectral ambience. Ultimately, ‘Mirrorion’ seeks to surpass such earthly definitions in favour of a non-dual vision of reality, hopefully transforming the listener in the process.

For this recording Arktau Eos have favoured an organic approach with majority of instrumentation being of acoustic variety, including the unearthly choral of the kanglings, piercings blasts of windbones, accelerating steel-plate rolls, singing bowl and various kinds of stringed instruments.

The album is enclosed in an oversized screen printed cardboard covers including an 8-panel booklet with historical and other additional notes and eight full-colour insert cards within a stamped envelope. Limited to 493 copies. 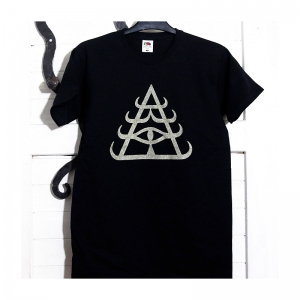 Arktau Eos - The Eye, back patch 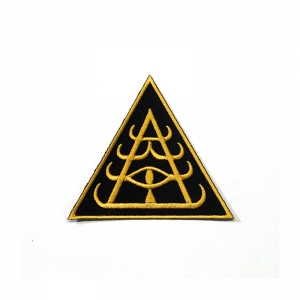